Principles and Techniques of Acupuncture 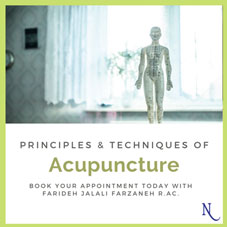 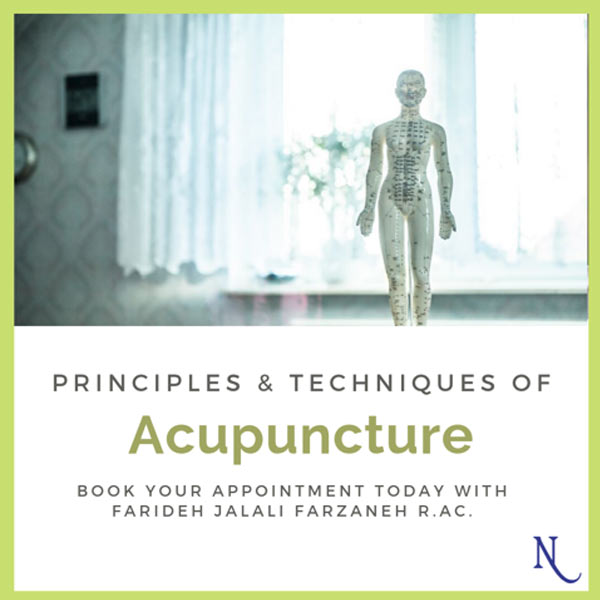 Chinese philosophy uses yin and yang to represent a wider range of opposite forces that are complementary and contradictory that cannot exist without each other. Together, the yin and yang make up the life energy, called “Qi”. Qi is a type of energy that flows through the body through invisible sets of pathways called meridians. The theory of Yin and Yang is fundamental to the practice of TCM, where the most basic level of TCM treatment is to seek the balance of yin and yang in each person.

In the other words, the principles and techniques of acupuncture involve a knowledge of how qi and blood flow through the meridians and organs and how to improve flow using the insertion of needles at certain points. When chi and blood become stagnant, pain occurs. If too much qi and blood are in a certain area, a syndrome of heat and excess can occur; too little chi and blood in an area results in a deficiency syndrome.

Traditional Chinese medicine holds that there are 365 commonly used acupuncture points on 20 meridians on the human body. Inserting needles in these points regulates the flow of qi throughout the body and restore health to the mind and body, thus balancing the yin and yang.

Areas with too much qi and blood transfer these vital substances to areas that are deficient, and vice versa. The end result is a kind of homeostasis in which the body’s innate wisdom brings about a self-regulatory effect.

For example, the same acupuncture point can be used to treat either high or low blood pressure; similarly, another point is needled to treat both a rapid or slow heartbeat. This is one of the reasons acupuncture rarely causes side effects. It doesn’t force the body to do anything; it only assists the body in performing its normal functions.

Many people are surprised to learn that acupuncture is relatively painless. Acupuncture needles can be as fine as a human hair. Many times, a patient is not even aware a needle has been inserted, especially when it is placed in areas with relatively few sensory nerves, such as the back.

In a typical acupuncture treatment, the patient lies down, and the practitioner inserts needles in acupoints that have the desired effect on the body. Every patient experience is different; patients may experience bruising, bleeding or  needle site pain and sensation. However, these symptoms may be expected (minimal bleeding) and desired (tingle, tight sensation – “de qi response”).

After a few minutes, the patient typically feels a sense of calmness and well-being; many people fall asleep. After a period of 20 minutes to an hour, the practitioner removes the needles and advises the patient to avoid strenuous activity for a few hours to let the treatment settle in.

Depending on the individual and the condition, 8-10 treatment in chronic conditions and fewer sessions in acute ones, is recommended. Results can range from mild improvement to seemingly miraculous recovery. In almost all cases, however, the patient feels calmer and more peaceful after receiving acupuncture.

There is also dry needling technique which is used by Western practitioners such as physiotherapists, chiropractors, and occupational therapists etc. based on strictly body anatomy is opposed to TCM principals. Thin metal needles are inserted in specific muscle trigger points to release tension and pain. Dry needling does not apply any TCM principals nor diagnosis.